This work is based on around 8 years of “observant participation” by the authors in 8 different offices of public health services in Southern Italy.

Beginning with several considerations by the American economist Gary S. Becker on the economic approach to analysing criminal behaviour, we attempt to cast some light on behaviours that are as common and damaging as they are often ignored and tolerated. A qualitative approach requires focusing our attention on the figure of the public employee whose behaviour is analysed from an individual cost/benefit point of view, seen as particularly helpful in explaining human action in the work place. The benefits and costs of the work carried out, both of which are differentiated in material and non-material, provide the basis on which to respectively build individual utility and disutility functions.

However, individual utility and disutility are conceived very broadly following Amartya Sen’s argument that even altruism can be considered as an objective within the concept of individual utility. This study thus leads to the definition of several types of subjects with reference to the possibility of committing an illegal act – honest, opportunistic, corrupt – as well as allowing several generalisations regarding the relationship between the penalty and the probability of being discovered.

Specifically, while starting from the small illegal acts committed by persons in their daily life, theory following the analysis of data made it possible to bring out features that are also applicable to much more dangerous crimes and crimes that are more costly for society, such as those of “white collar” workers. 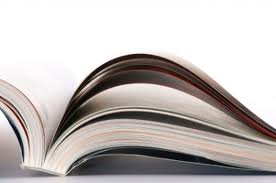